While not for the faint of heart, some out-of-town home buyers just can't be there to see every new listing, and have to make the offer without having seen the house.  This requires a high level of trust, and the Realtor must be very careful to guide, but not sell.  (Though it helps to have spent considerable time with the buyers on at least one previous visit.)  Obviously, there is a distinct possibility that once the buyer sees the home, it may not be exactly what they had envisioned.

This is why mobile devices are so useful in the home buying process.  With a portable hot spot, a realtor can use Facetime to walk through the home with a live feed to the buyer.  Questions can be asked real time, and Realtors can show nooks and crannies that aren't normally photographed.  Panoramic photos can show the entire yard and its surrounds, so buyers can see whether there are homes peering into their private spaces.  Videos of the street, and all the neighboring houses can help the far away buyer to get a good feel for the neighborhood.  Texting, phone calls and email from the home make for instant answers to any questions the buyer may have.  Once they've "seen" the home in this way, they can feel a level of comfort in buying a home sight-unseen because they've actually "seen it."

The home above looked like a nice, private new construction option for my buyers.  When I previewed the home, it was sandwiched between one large home that overlooked the entire site, and another too close for comfort.  One panoramic photo told the tale better than any telephone conversation.

The Wall Street Journal has just published an interesting article on the use of mobile phones and buying homes.

I'm in the middle of one such transaction at the moment, and I'll have to share the details once it's concluded!

Mortgage Closing Costs Fell 7% Over the Past Year 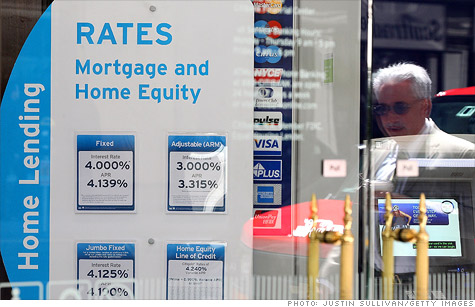 I have a feeling that we will look back on this time and wish we had bought more real estate.  Prices are still declining just a tiny bit in SW Portland (though rising in other parts of town) and interest rates are still AMAZINGLY low.

Now there's even more reason to get in the game – lenders have finally reined in closing costs.  They were down by 7% in the last year, thanks to Federal regulations, which are helping to significantly reduce the amount new homebuyers are paying come closing time.

Included in those costs are origination expenses, such as application fees and the cost of doing credit checks, and third-party fees, such as those paid for title searches and insurance.

The decline can be attributed to new regulations that require lenders to be more accurate when estimating closing costs for borrowers, said Greg McBride, Bankrate's senior financial analyst.

The regulation, which was put in place two years ago as part of the Real Estate Settlement Practices Act requires lenders to provide a "good faith estimate" of third-party fees that is within 10% of the actual amount the buyer will pay.

"The big drop in third-party fees indicates the lenders are doing a better job at estimating what the costs will be," said McBride.