The Portland Airport is about to get a little sweeter with one of my favorite foods….donuts! 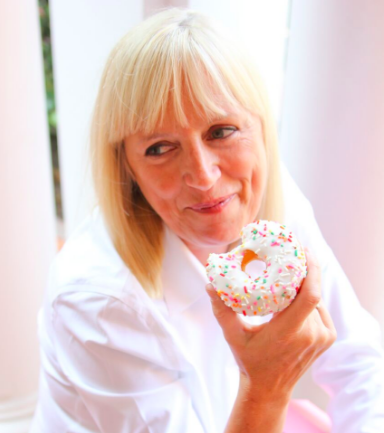 Tourists bustling through the Portland International Airport will have to make room for boxes of hard cider fritters and Cointreau crème brulee rounds atop their carry-on bags:  local doughnut empire Blue Star Donuts just inked a deal to open a PDX location by November of this year.  The outpost, which joins a superstar list of local businesses with airport spots, from Country Cat to Stumptown Coffee, will be located in the Oregon Market area, before travelers reach the security gate.

The expansionist-minded local chain currently boasts four Portland outposts, an L.A. shop, and a pair of locations on Tokyo. (Psst: Blue Star is slated to open five more locations in Japan come September—three in Osaka and two more in Tokyo.)

What Blue Star creation must visitors cart back to their hometowns?

“It’s gotta be the blueberry bourbon basil doughnut,” says Poppe, referencing the buzzed-about flavor that made cover of Bon Appétit magazine in May. “If it’s gonna be your first, it might as well be a cover model.”