Home Values Expected to Rise in 2012

Here’s a happy prediction:  Home values are expected to rise next year.

Portland-area home values fell 3.5 percent percent during 2011 but are expected to stabilize and even post an increase in 2012, the real estate research firm Clear Capital reports.

The California company forecasts a 1.9 percent increase in home values in the Portland-Vancouver-Beaverton area.

In the company’s ranking of 50 major metro areas’ home prices, that moves Portland from No. 27 in 2011 to No. 14 in 2012. Exactly half of the markets are expected to post home price increases. The Portland market is also among 20 considered to be stable in 2012, with a predicted increase or decrease of less than 2.5 percent.

The company also reported 15.5 percent of home sales in 2011 were bank-owned foreclosures.

The Seattle area was one of the hardest-hit markets in 2011, posting a 15.1 percent decline in prices. Clear Capital predicted the city would lose another 7.5 percent in 2012. 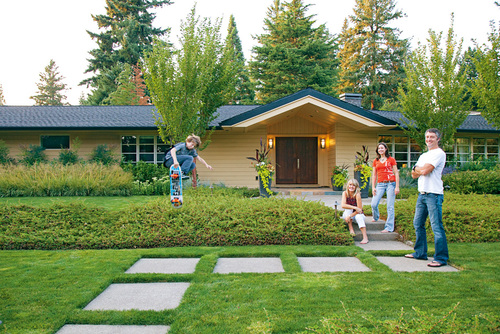