The housing market is still far from normal. On a positive note, the pipeline of foreclosure inventory has shrunk, new delinquencies have declined, and home prices have surged. However, we have not settled into a stable supply and demand equilibrium.

There is still a historically low share of first-time homebuyers, currently trending at 27% of sales based on the prior three months, as compared to the normal share of about a third of buyers. 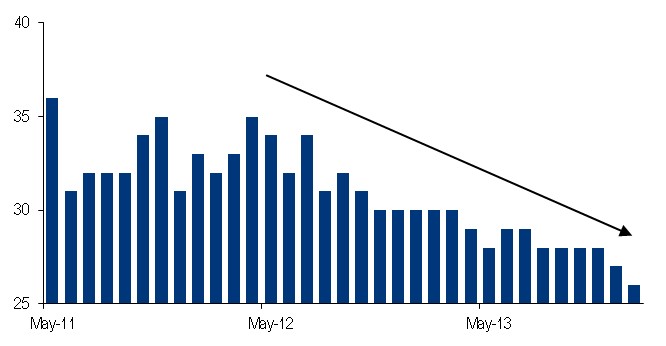 If you're waiting to make your first move, please consider contacting a repuatable lender right away.  (I'm happy to share the contact information for some of Portland's best lenders)  It's a very detailed process, but I'm happy to help walk you through it.  Once you've been approved for a mortgage, we can start looking.

With thanks for the report from the Merrill Lynch housing research department, and Bill Denton, Merrill Lynch Financial Advisor.   If you would like to speak with a wealth manager, please call me for a recommendation and more information.

Is there a new real estate bubble?

Portland is currently a very hot area for real estate. In fact, it is not unusual in several neighborhoods for there to be more than 5-10 or more offers for the same property, driving the price up 10% or more above asking price.

People have asked whether this is an indicator of another bubble waiting to explode all over the area’s real estate market. The last time home prices ticked up like this was just before the market correction.  So is this an inflated market or just the sign of a market continuing to find its new normal?

According to the Case Shiller Home Price Index released last month (February 25) showed that through the end of December, in the United States, home prices were up 11.3% overall which was the best year since 2005 according to the Chairman of the S&P Dow Jones Index Committee, David M. Blitzer. Some standout markets in 2013 included:

Several of those markets were hit very hard in the downturn and the numbers listed above reflect a rebound (such as Detroit, Las Vegas, Miami, Phoenix, and Tampa), but what about Atlanta, Los Angeles, Portland, San Diego, San Francisco and Seattle?

Several of these markets are driven by pent-up demand and the loosening of credit. However, it is important to take a closer look at these markets, and any other market that is seeing high demand, to determine where the demand is coming from and if that demand is sustainable.

For example, in looking at Portland, there are several factors at work:

When demand occurs for more than one reason, it is a sign that a market is healthy, not spiraling out of control.

We must also take into account that credit is loosening up from recent years, but it is nowhere near as loose as it was in the years leading up to the market correction. New guidelines have been set in motion to prevent the kind of collapse we have had in the past. Credit score requirements are on the way down for loans. In fact, as reported by the LA Times last week, lenders are reducing the required credit scores for FHA loans and are allowing some with credit scores of 600 to receive mortgage funding. Lenders are also raising the debt-to-income ratio limit.

I don't believe this is a bubble. This is a direct result of pent-up demand from buyers who have been waiting almost three years to buy. Buyers who were getting ready to buy a year ago chose to wait because of issues the country was having with the debt ceiling and there was a lack of confidence in the market. Consumers are feeling more confident now and they show that confidence in buying real estate. In some markets there just isn’t enough inventory to go around. The increased consumer confidence along with the lack of new construction inventory has created a storm of demand. 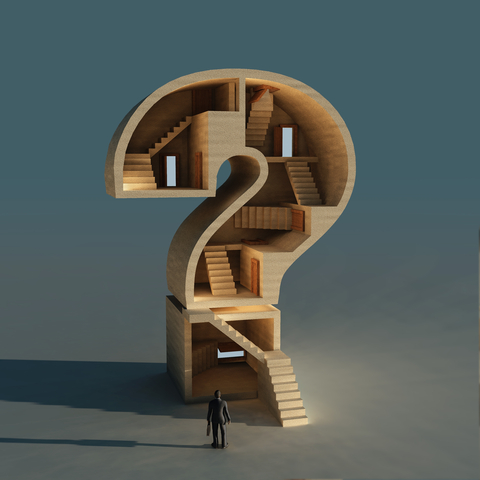 Q:  We've just put in a ton of work on a new kitchen, and now it's time to sell.  How much can we actually recoup from our expense?

A:  Here is a link to the Remodeling Magazine Cost -VS- Value Comparison Tool.  It lists costs for all areas of the US, and you can look at moderate or fancy remodels.  It's lots of fun to figure out which improvements will give you the best return on your dollar.  It also helps you to understand that when pricing your home, you can't expect to wring every penny out of your remodel.  It will, however, make your home more attractive, and it should sell more quickly!

For more information about individual projects:
1. Click on a project name to see a description and a 3-D model.
2. Sort any column by clicking on the column header.
3. For more information on the Remodeling 2013 Cost vs. Value Report, click on any of the links listed at right.

Thanks to Remodling Magazine for their research on this great article. 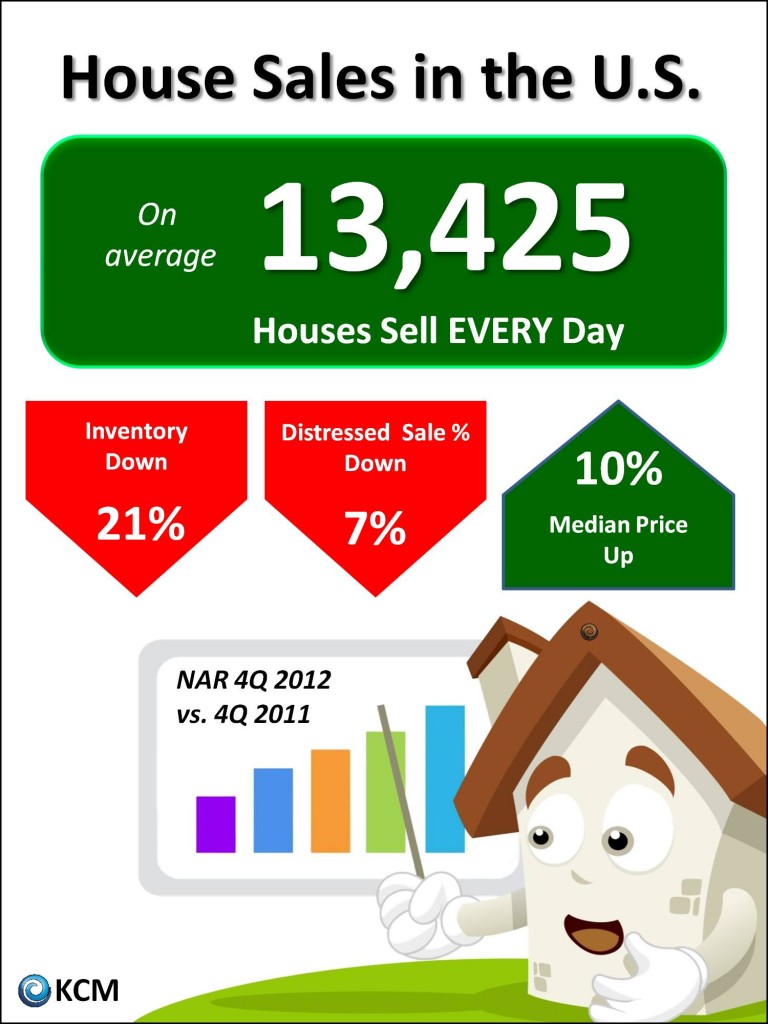 NOW is a wonderful time to sell your house!

Rarely does a day go by that I don’t get asked if this is a good time to buy and/or sell a home. Some people might think that my response is always an emphatic “YES!” because I work in real estate. But in truth, there is no right or wrong answer. Every person’s circumstances are unique, so in some cases the answer might be yes, but for others it might make more sense to wait. Allow me to explain.

The good news is that we’re finally coming out of the housing slump of the past five-plus years. Housing is a major driving factor of the U.S. economy, so regardless of whether or not one owns a home, a stronger housing market is good for everyone. For some would-be home sellers, this positive momentum, combined with a rise in home prices and buyer activity, is enough to compel them to list their home. And right now the statistics appear to be on their side.

According to the most recent findings from the National Association of REALTORS®, total housing inventory has fallen for the past several months, settling at just under two million existing homes on the market that are available to buyers. This represents about a four-month-supply of homes throughout the U.S. This is the lowest housing supply the nation has seen since May of 2005 – during the peak of the housing boom.

“Months supply” basically means that if existing homes were to continue selling at the current rate, the inventory of homes would be sold by that many months. A “normal” market usually has around six months of supply; therefore lower numbers mean a shortage of inventory. If demand is greater than supply, this often leads to competition amongst buyers – and rising prices – as we’ve seen in many markets throughout the Western U.S.

Here are the current inventory levels in key markets along the West Coast, all of which fall below six months of supply and report strong competition among buyers.

The following graph demonstrates the downward trend in the overall U.S. month’s supply of homes which is currently at about 4.4 months:

So what does this mean for buyers and sellers? It means as long as inventory levels remain low, competition amongst buyers will remain high, and home prices should continue to steadily rise – albeit at a healthy rate – not like what we saw during the housing boom. As evidence of this, in the recent Home Price Expectation Survey, 105 leading housing analysts called for a 3.1 percent increase in home values by the end of 2013. And in a recent report by the National Association of REALTORS®, median home prices last quarter showed the strongest year-over-year increase in seven years.

Another thing that buyers and sellers need to keep their eye on is interest rates and their impact on affordability. Interest rates have been at such historical lows for so long that it’s easy to take them for granted. But the truth is that several lending institutions, including Freddie Mac and the Mortgage Bankers Association, project that interest rates will rise from 3.4 to 4.4 percent by the end of 2013. A full point increase can have a significant impact on the amount of your mortgage over the long term.

With these types of projections, one might wonder why there isn’t a flood of homes coming on the market. The biggest concern I hear from many would-be sellers is that they’re going to lose money because their home is worth less today than when they bought it. A valid concern, to be sure, but not necessarily the case for many folks. Remember, you’re buying and selling in the same market conditions, so if your home has lost value in recent years, it is highly likely that the next home you buy has as well.

I recently spoke to a friend of mine who wanted to sell but was afraid of losing money. He bought his Seattle-area home back in 2002 for $275,000. Over the next five years the market boomed and by 2007 his home was worth about $430,000. During that time, homes in many areas around Seattle appreciated by over 55 percent. Then the housing market crashed – and with it so did home prices. In my friend’s mind he lost $155,000 and now he thinks he should wait to sell until he can gain all that loss back.

Today, my friend’s home is worth about $327,000 – a gain of $52,000 over what he paid in 2002. If experts are right about an annual gain of three percent in the coming years, he will have to wait 10 years before his home is worth what it was during the peak of the market in 2007. My advice to him? If it’s the right time to move and you can afford to do it, go for it, but don’t base your decision on numbers that were the result of an artificially inflated market. 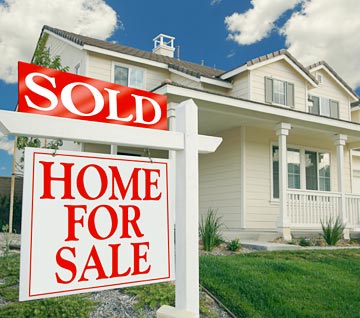 The rebound in the residential real estate market continued in September, according to new data from the Regional Multiple Listing Service.

The average home spent 102 days on the market, a 22 percent decrease.

As expected the market took an expected seasonal dip from August, which is one of the strongest months for home sales due to mild weather and school vacations.

There is now a 4.6-month inventory of homes on the market, down from a 6.7-month inventory last year. That means if no additional homes were put up for sale it would take 4.6 months for every house to be sold. A six-month inventory is considered healthy or a balanced market. 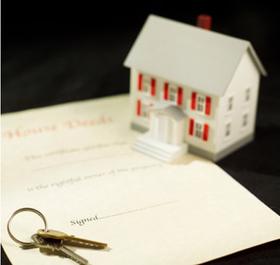 The National Association of Realtors has released the following stats for the 2nd quarter of 2012.  I continue to be busy, but never too busy to help someone new. 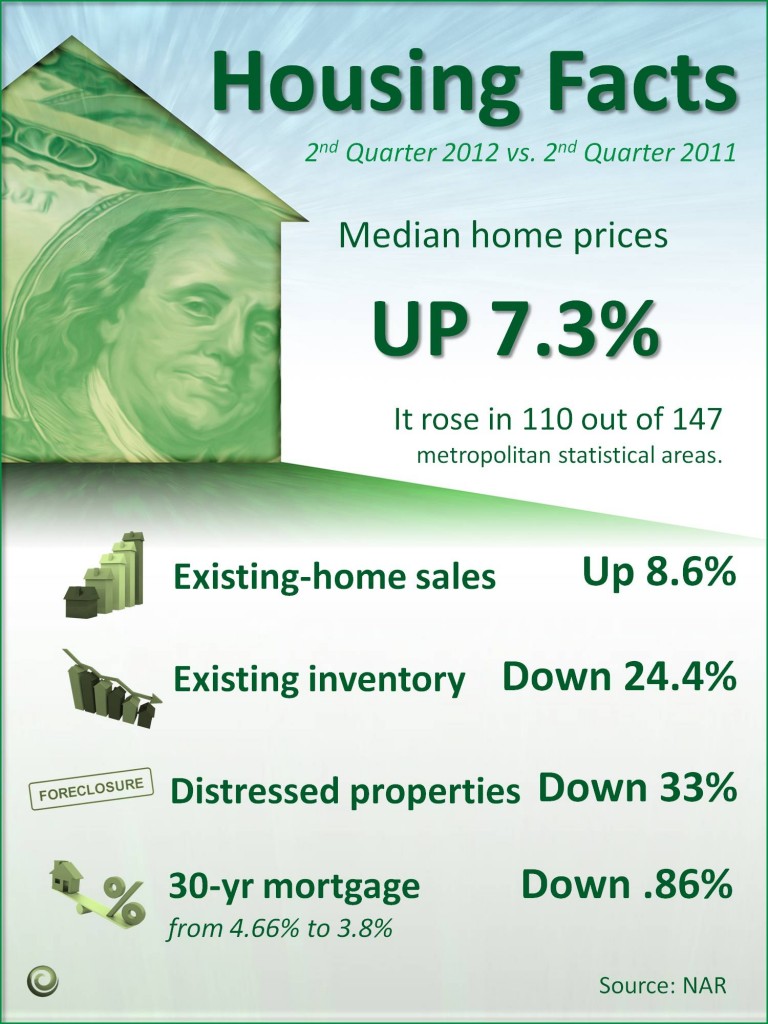